At Barhara village, the scouts found out this information: 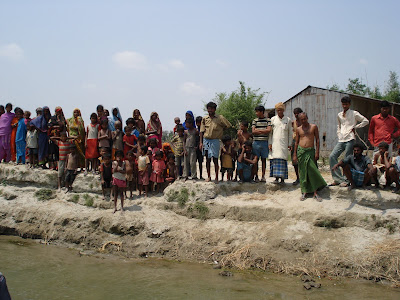 They spoke to Anjani Kumar, 20, who said that besides the fact that Barhara village is trapped between the Kosi embankments, it faces an acute problem of lack of connectivity and transport facilities. To start with, there are very few hospitals in the entire district and to get from the village to the closest functional hospital, the residents have to travel either by foot or ride a motorcycle (which most people cannot afford). As a result, the villagers have no choice but to rely on untrained private practitioners for non-sever health issues. In case of serious ailments, when patients cannot be taken on motorcycle, residents shoulder their cots and carry them to the hospital at Nirmalli, several miles away. This is the situation during most times of the year.

When the river floods and there are outbreaks of water related illnesses like diarrhoea and malaria, Archana Gupta (one of the residents) mentioned that there are a minimum of ten deaths a year, mainly among infants – all because there are inadequate health facilities. 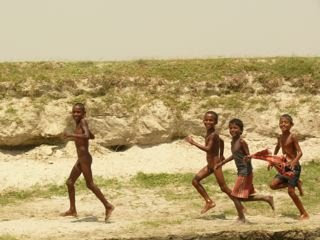 The lack of access to these basic facilities frustrates Anjani and other youth, but what makes the problem worse is that there are no education or employment facilities either and no channel for the youth to engage their energy productively. As a result most young men resort to alcohol. According to Anjani, children as young as fifteen years of age are now getting addicted. Due to their drunken and unruly behaviour, this has also become a security concern for many.

When asked what steps the youth could take to improve the living condition in Barhara, Anjani emphasises on the need to break out of conventional modes of thought and adopt a progressive mindset. The village he says is like a frog caught in a well. The metaphor seems more than appropriate what with the more than acute transport and communication problem that the village is faced with.

Thus despite having marginally better infrastructure than its neighbours, the youth of Barhara are forced to demand amenities as basic as roads, public transport, employment opportunities and quality education and healthcare.
Posted by PraxisUK at 9:00 am